iOS 5 has been released, it includes over 200 new user features, and an updated SDK with over 1,500 new APIs and powerful new development tools.

Registered developers can download the SDK and the new Xcode from the Apple developer site.

The new Xcode 4.2 include a new version of the LLVM compiler (now version 3) this compiler replaces the OSX Garbage Collector, now the developers don't need to manage manually the memory. This new architecture named Automatic Reference Counting (ARC) works only with apps for Mac OS X 10.6.x ,10.7.x and iOS 4/5. At compile time, ARC analyzes the source code and  if needed it adds pieces of code that handle memory. 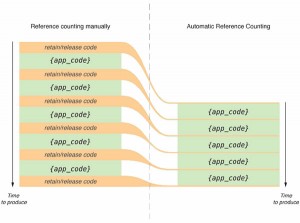 The new version of iOS will include the following functionalities:

Newsstand: A custom newsstand for all your subscriptions. Read all about it. All in one place. iOS 5 organizes your magazine and newspaper app subscriptions in Newsstand: a folder that lets you access your favorite publications quickly and easily. There’s also a new place on the App Store just for newspaper and magazine subscriptions.

Reminders: It is a better way to do to-dos. Next time you think to yourself, “Don’t forget to…,” just pull out your iPhone, iPad, or iPod touch and jot it down. Reminders lets you organize your life in to-do lists — complete with due dates and locations. Say you need to remember to pick up milk during your next grocery trip.

Camera: Since your iPhone is always with you, it’s often the best way to capture those unexpected moments. That’s why you’ll love the new camera features in iOS 5. You can open the Camera app right from the Lock screen. Use grid lines, pinch-to-zoom gestures, and single-tap focus and exposure locks to compose a picture on the fly. Then press the volume-up button to snap your photo in the nick of time.

PC Free: Independence for all iOS devices.With iOS 5, you no longer need a computer to own an iPad, iPhone, or iPod touch. Activate and set up your device wirelessly, right out of the box. Download free iOS software updates directly on your device.

Google Chrome 12 has been released

Google has released version 12 of its web browser Chrome.