The project we have used for our first tests, is really simple but it is a joke. To proceed in the right direction we have to use other materials, so we have the capability to design our hovercrafts as we want.

Since we are building a model we look to modeling materials. The most important is the balsa wood, we will use this material to build the rigid structure of our hovercraft.

"Ochroma pyramidale, commonly known as the balsa tree (also O. lagopus), is a species of flowering plant in the mallow family, Malvaceae. It is a large, fast-growing tree that can grow up to 30 m (100 ft) tall. It is the source of balsa wood, a very lightweight material with many uses. Balsa trees are native from southern Brazil and Bolivia north to southern Mexico.

Balsa lumber is very soft and light, with a coarse, open grain. The density of dry balsa wood ranges from 40–340 kg/m³ (2.5–21 lb/ft³), with a typical density of about 160 kg/m³ (10 lb/ft³). The light weight of the wood derives from the fact that the tree has large cells that contain water. After the water is driven off in an extended drying process (kiln dried for two weeks), the large surface area of the resulting holes gives strength. Unlike dry rotted wood, the surface is made of the usual strong cellulose/lignin mix. As it is low-density but high in strength, balsa is a very popular material to use when making light, stiff structures in model bridge tests, model tree houses, and for the construction of model aircraft, as well as full-sized light wooden aeroplanes, most famously the World War II de Havilland Mosquito. Balsa is used to make wooden crankbaits for fishing.

Balsa wood is often used as construction material for radio controlled model aircraft and as a core material in composites; for example, the blades of many wind turbines are made partially of balsa. In table tennis paddles, a balsa layer is typically sandwiched between two pieces of thin plywood. Balsa wood is also used in laminates with glass-reinforced plastic (fiberglass) for making high-quality balsa surfboards and the decks and topsides of many types of boats, especially pleasure craft under 30 m (100 ft) in length. Starting with the 5th generation Chevrolet Corvette, the floor pan of the Corvette was composed of balsa sandwiched between two sheets of carbon fiber reinforced plastic. Norwegian scientist/adventurer Thor Heyerdahl, convinced that early contact between the peoples of South America and Polynesia was possible, built the raft Kon Tiki from balsa logs, and upon it he and his crew sailed the Pacific Ocean from Peru to the Polynesian Tuamotu Archipelago in 1947. Balsa wood is also a popular wood type used in the art of whittling."

The balsa wood is sold in blocks, you can find several heights starting from 1mm. 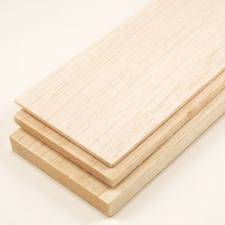 For my experiments I often use balsa blocks 3 mm, because they are simpler to cut.

For this test I'm using the following goods:

We have taken the two fans from an old PC, the fan is the 12V fan shown in the following picture, it weighs about 15 grams. 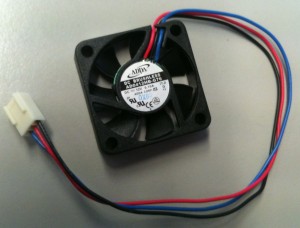 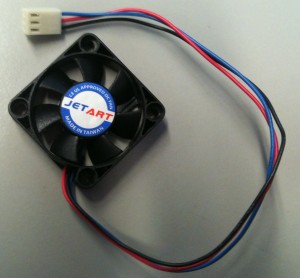 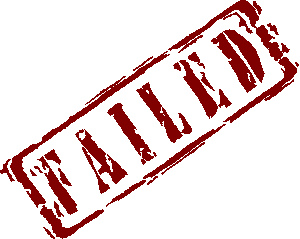