A hovercraft (air-cushion vehicle, ACV) is a craft capable of traveling over land, water, mud or ice and other surfaces both at speed and when stationary. They operate by creating a cushion of high-pressure air between the hull of the vessel and the surface below. Typically this cushion is contained within a flexible "skirt". Hovercraft are hybrid vessels operated by a pilot as an aircraft rather than a captain as a marine vessel. They typically hover at heights between 200mm and 600mm above any surface and operate above 20 knots and can clear gradients up to 20 degrees.

The first practical design for hovercraft derived from a British invention in the 1950s to 1960s. They are now used throughout the world as specialised transports in disaster relief, coastguard, military and survey applications as well as for sport or passenger service. Very large versions have been used to transport hundreds of people and vehicles across the English Channel whilst others have military applications used to transport tanks, soldiers and large equipment in hostile environments and terrain. 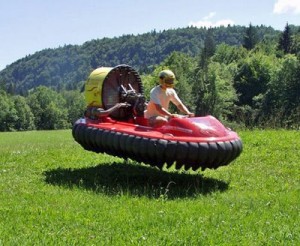 The hovercraft was invented by Christopher Cockerell in 1956. The theory behind one of the most successful inventions of the 20th century, the Hovercraft, was originally tested in 1955 using an empty KiteKat cat food tin inside a coffee tin, an industrial air blower and a pair of kitchen scales (by villa). Sir Christopher Cockerell developed the first practical hovercraft designs, these led to the first hovercraft to be produced commercially, the SRN1. 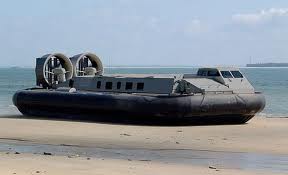 I felt in love with these fantastic veicules when I saw a china RC hovercrafts sold for 30€. Since that day I want to build a hovercraft from scratch, If you are interested you can follow Discovering hovercrafts