Wikipedia: <<Ruby was conceived on February 24, 1993 by Yukihiro Matsumoto who wished to create a new language that balanced functional programming with imperative programming. Matsumoto has said, "I wanted a scripting language that was more powerful than Perl, and more object-oriented than Python. That's why I decided to design my own language."

At a Google Tech Talk in 2008 Matsumoto further stated, "I hope to see Ruby help every programmer in the world to be productive, and to enjoy programming, and to be happy. That is the primary purpose of Ruby language.">> 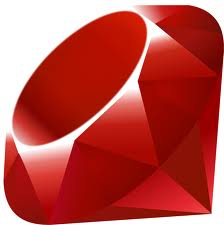 To start programming with the ruby programming language, I advice my students to install a minimal set of packages to write their own programs. Since we use a fresh Ubuntu 12.04 installed on a VirtualBox machine we need a lot of things.

First we have to update the package repositories:

We need an IDE or at least an editor, there are a lot of IDE. I've seen the preferred one is NetBeans. My preferred editor is VIM. So let's start installing vim

Then let's start installing the minimum to work with ruby