Last July I won a contest by Olimex.

Olimex sent to me a USB to Ethernet adapter, after some weeks I plugged this adapter into my desktop systems, an HP laptop running Windows Vista and Linux.

It works fine with all the three systems.

Here you are some screenshots and logs. 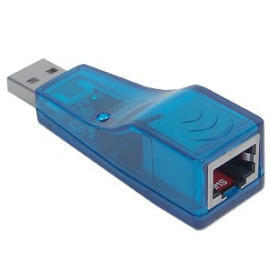 On Windows Vista, after "new device found" message, the adapter was installed:

On Mac OS X it suddenly appeared on the available interfaces, the following picture shows a portion of the network interface panel in the system profiler:

On Linux (Ubuntu 12.04) it suddenly appeared on the available interfaces, the following is the dmesg output after inserting the device and after removing the device:

Soon, I'm going to test the adpater on some embedded boards.