I tried Ubuntu 10.4 on a virtualbox machine on my Windows Vista laptop. The new release of Ubuntu works fine but it needs a lot of RAM, so on my laptop it is slow (I can only allocate 756MB of RAM).

VirtualBoxGuestAddition ver 3.1.6_59338 works fine on Ubuntu 10.4 but you shall remember that if you change your kernel version(for example during an upgrade) you shall reinstall the GuestAddition.

In this version the look and feel has been strongly changed. The first thing you will see is the login manager: 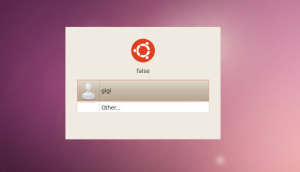 Then you can see the other elements of the GUI: 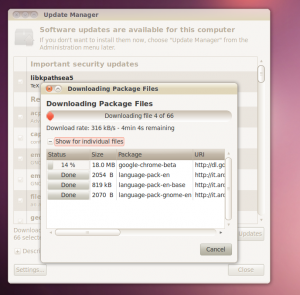 I'd like a lot these theme, and I must see that this theme looks like MacOS X theme…..

If you open a terminal window and then you type the following command:

You can see the current configuration for the Ubuntu 10.4

I must say that google chrome doesn't look very nice in the new Ubuntu interface as you can see in the following picture: